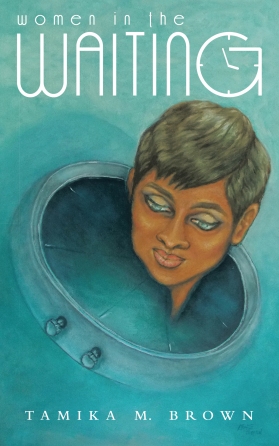 Being unequally yolked can be one of the hardest relationships you will ever be in. Single women are waiting on a true man of God. Married women are waiting on their husbands to get saved. The whole process can be so frustrating. I wrote this book to inspire people all over the world. There are some biblical principals that will not only give you the strength, but give you the wisdom to walk out the emotional roller coaster of an unequally yolked marriage. It also gives insight to the single woman on what to expect if she marries an unsaved man. It is so much better to wait on God for the right man for you. This book is nothing but real. You need to add this to your library and bless a friend with a copy too. Help me get the word out so others can be inspired too.

Get your copy today! You can purchase it on any of these websites, just click on the links. Amazon, Barnes & Noble, Westbow Press

“This book gives a wonderful, transparent view of the first years of marriage despite the details of your unique marriage. I wish I had had this book at the beginning of my marriage. I felt some of the same emotions and had some of the same thoughts however my husband and I were both believers but I still remember having most of the same thoughts and emotions. I chose to hold on!
Thank you for being transparent in your experience and sharing! So many times we think that we are the only one going through tough times and that it is unnatural but by sharing your experience many will be able to relate and will be able to make a clear choice to hold on!
This is a great bridal shower gift or a newlywed.” ~Kacey Ferguson

Thank you for supporting the vision to inspire and empower women everywhere. Please share this, favorite it, like it, re-blog it…Help me spread the word! Be encouraged! And don’t forget to get your copy today!

This quote really grabbed my attention. As you all know, the Women in the Waiting ministry originated from my experience of being unequally yoked. Back in the day, we were a hot mess. We suffered a lot of losses, pain and grief because of who we were before Christ. I wouldn’t dare want my sons or daughter to be anything like we were. It was the grace of God that saved us, and saved our marriage. “23 Years!”  All of you single ladies and gentlemen have a choice. You do not have to go through some of the drama that those ahead of you have gone through. Here are a few things to think about as you are on your journey to the married life.

God, I don’t have all the answers. God, sometimes I just don’t have a clue what to say or do. The only thing I am sure of is, you know. I don’t want to spend my time trying to figure out things and events that aren’t meant for me to understand. I do want to spend my time getting to know you, who understands everything. Please guide my heart, my mind, and my footsteps in every way. I am grateful  for my life. I am grateful for the opportunity to serve you. And, I am grateful for your plan for me. As long as you have a plan, I will never be lost. I am found in you and I am ever so grateful! Lord I thank you. Make this your prayer today and find your strength in the Lord. He knows everything.

How many times have we heard, “Get out of your feelings?” Our feelings will fail us every time. We get angry and blow up. We get sad and go into depression. We get frustrated and give up. There is no victory in our flesh. As Psalms tells us, our flesh and heart will fail, BUT GOD! Who needs a “BUT GOD” this morning? God is the strength of your heart. When you look back at situations and can’t figure out how you survived that one, know that it was only because of God. He is your portion. Portion is not the whole thing, it’s a part. He is the missing parts in your life. Let him fill the void and be your strength. You are guaranteed to be made whole. We will all have down times in our life, but we have to choose to experience them in a better way. So, get your day started with a “portion” of God. You need a portion here, a portion there, after a while you will be filled with his love, joy, peace and all of the wonderful attributes of who he is. I hope this encouraged someone today. 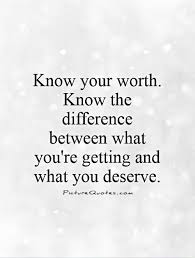 It’s Wednesday! Worth Day! I was wondering what value have you placed on your life? Have you limited the blessings you are entitled to? Have you blocked certain avenues that should be open in your life? God values us as his children. His love is not based on whether we are saved. He sent his son just to prove how much he loves us and wants us to be in fellowship with him. We are worth every thing God has for us. We choose to devalue our lives.

The next time something bad happens in your life, immediately ask yourself, “What can I do to fix it?” If there is something within your reach and within your power to fix the situation, then by all means do it. If there is nothing you can do, just smile. Look up to heaven and say, “Lord, there is nothing I can do about it, but I know you can.” Thank him and go on with the rest of your day. It is perfectly okay to be at peace when the situation dictates that you should flip out. Decide to have a peaceful day. Find some time to relax while God is working on your behalf.

Have you ever been around wrong for so long that you started to think it was right? Then, when you get around right, you stand out like a sore thumb. This is how Saints who are walking in error and deception are operating today. They find themselves in church hearing the truth which exposes the sin in their lives. After a while, they start justifying their sin and looking for excuses (or what we call gray areas) to continue to do the things they were doing. Eventually, they will have convinced themselves that their way of living is right and everything else is wrong.

Prov 14:12 There is a way which seemeth right unto a man, but the end thereof are the ways of death.

For example, we tend to decide how we are going to respond according to the situation and not according to the word. We somehow feel justified in going off when it comes to our money and our children. But, we can let it go when it is dealing with something we consider trivial. Wrong Answer!! You still have to love, forgive, be slow to anger, speak truth in love, tell the truth, have peace and joy no matter what.  The word of God does not change! Who told you it was ok to act a certain way because your situation is just a little different. Everyone thinks their situation is an exception to the rule. God still frowns upon divorce, but he loves the couple involved.  God still says homosexuality is an abomination, but he loves the ones who are living the lifestyle. God still says if you are lusting in your mind it is just like committing the act, but he still loves the one who is doing it. This is a new year. Stop deceiving yourselves. Stop letting the devil deceive you. And stop letting people who are living sinful lives tell you that your life is ok. Measure it against the word of God and let his truth reveal the sin in your life, This year purpose in your heart to let your light shine in dark places and stop being the darkness in a place full of light.

Fight the Good Fight of Faith and Be Encouraged,

The Best is Always Yet To Come

Just a small town girl who writes about Christian stuff.

His Truth Will Set You Free

Listen to what Jesus says; “Then you will know the truth, and the truth will set you free.” (John 8:32)

Godinterest is dedicated to proclaiming Christ and set apart, to save and empower lives.